On this page you will find the usual departure ports, from where our ships depart for the various routes.

The centrally located capital offers many possibilities. With more than 50 museums with diverse collections and exhibitions, Amsterdam is a true cultural city. Visit the famous Anne Frank House, the Van Gogh Museum and the Rembrandt House. Besides the museums, a cruise through Amsterdams’s ring of canals is worthwhile. There are also plenty places to go out, and many bars where you can enjoy a nice drink.
Our ships are located on the Prins Hendrikkade in the Oosterdok, near the Nautical Quarter of the Maritime Museum, near the NEMO museum and next to the IJ-tunnel.

The historic center of Bruges, which is at the junction of several canals and waterways, is recorded on the UNESCO World Heritage site. The beautiful old city offers numerous museums and restaurants. Bruges is also known for brewing a variety of beers and the city is characterized by a broad range of chocolate makers and a real chocolate museum. The modern port of Bruges-Zeebrugge offers a lot of work and is one of the most important harbours in Europe.

Cologne has a rich history and there is much to see and do. Cologne’s Dom, a magnificent cathedral, the largest in Germany, and certainly one of the largest in Europe, is on the list of UNESCO. In total, the construction of this cathedral took more than 630 years. It is a striking appearance, with two towers that are almost 160 meters high. In the ‘Altstadt’ with its narrow streets you will find lively market squares, traditional restaurants and cafes and of course the ‘Brauhaus’ with the typical ‘Kölsche’ beer. One of the oldest perfumes in the world, ’4711′ (also called ‘Kolnisch Wasser’) was launched in 1794. Its history can be found in the Museum 4711. Located on a peninsula in the Rhine is the interactive chocolate museum. The modern museum is like a ship on the Rhine, allowing visitors to make a journey through 3,000 years of chocolate history. A famous style icon of Cologne, which can be seen on almost every postcard, is the ‘Hohenzollernbrücke’. The railing of the bridge is filled with thousands of padlocks. They are left there by amorous couples to immortalize their love for each other. The bridge was built in a Neo-Romanesque style between 1914 and 1917. Unprecedented and extremely popular is the Cologne Carnival. During carnival inhabitants of Cologne forget their normal daily life. The highlight of the annual festival is the ‘Rose Monday’. Its parade which is more than 7 kilometres long with more than 100 floats is a wonderful tapeworm through the city and passes in over four hours. 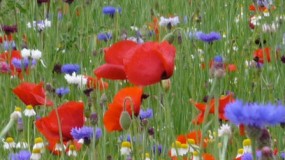 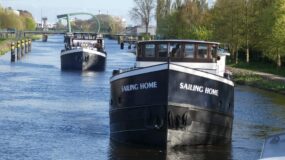 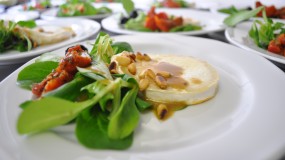 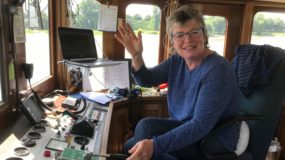 Our ship, your hotel (Botel)

Our ships can serve as:

Express your wishes and we will arrange an offer without engagement.